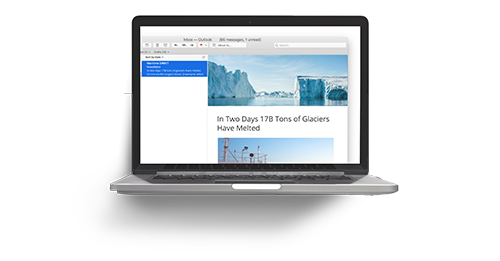 Lawmakers are doing all they can to revive Alaska’s cruise season after the Canadian government moved to prohibit cruise liners for another year.

WASHINGTON — Congressman Don Young, a Republican lawmaker representing Alaska’s entire state in the US House of Representatives, introduced legislation in the last week of February to address various issues brought on by the Canadian government.

At least, in the eyes of Young and his Republican colleagues in the Senate, Transport Canada made a grave error in banning cruise and pleasure craft till 2022 to curtail the spread of COVID-19. The extension of the closure came early in February, amid spiking cases of the virus.

The order exempts pleasure craft owned by privately owned individuals who hold less than the prohibited passenger load and refrain from Arctic waters. However, with this order, the Alaska cruise season — with many many popular stop-off destinations along the shared Alaska-Canada waters — is effectively dead because of the ban.

“This month, Canada’s surprise decision to close their ports shocked Alaska’s communities and has caused significant uncertainty for our small business owners and the broader tourism economy,” Young said in a press release. “Managing the pandemic requires tough choices, and that has never been in question.

“But if cruises can safely proceed, and I believe they can, then we ought to be doing everything possible to alleviate the stress and anxiety of families whose livelihoods depend on tourists coming to Alaska to experience our great state,” Young added.

Omar Alghabra, the Canadian Minister of Transport, announced the order from Ottawa on February 4.

“As Canadians continue to do their part to reduce the spread of COVID-19, our government continues to work hard to ensure Canada’s transportation system remains safe,” Alghabra said.

He added: “Temporary prohibitions to cruise vessels and pleasure craft are essential to continue to protect the most vulnerable among our communities and avoid overwhelming our health care systems.”

To mitigate the issue, Young introduced the so-called Alaska Tourism Recovery Act. The act would amend the Passenger Vessel Services Act (PVSA), the Jones Act’s legislative equivalent prohibiting foreign-flagged vessels from calling on terminals and ports. Young’s proposal would offer a temporary workaround to the PVSA by deeming roundtrip voyages between Alaska and Washington state as foreign voyages, per US code.

“The bill’s provisions are narrowly tailored to provide targeted relief for large cruise vessel trips to and from Washington State and Alaska that are the lifeblood of Alaska’s summer tourism economy,” says Young’s office. “Providing a temporary legislative solution to allow for the resumption of cruising between Alaska and Washington state under US cabotage laws is an important effort in the push to save a portion of the Alaskan summer cruise season.”

The Resource Development Council for Alaska, a trade group that deals with Alaska’s fishing and tourism industries, transmitted a letter to Young thanking him for the proposal.

“We appreciate your continued efforts to champion Alaska’s tourism industry,” notes the council in a letter. “Our visitor industry supports Alaskans through direct employment and also thousands of indirect jobs such as suppliers and truck drivers. The economic effects ripple even further. Tourism employs Alaskans as teachers, public safety officers, and other public employees through unrestricted tax revenue to state and local governments. Directly and indirectly, tourism is a major driver in Alaska’s economy, and in fact, throughout the Pacific Northwest.”

WorkBoat reports that a bipartisan coalition of lawmakers on the House Transportation Committee filed a letter with the Canadian diplomatic mission in Washington asking for a remedy to the situation, including issues dealing with passengers’ disembarkation.

“Canada plays an integral role in supporting US cruise-related travel and tourism in Alaska, Washington state, the Great Lakes, and New England. Pre-pandemic, the cruise industry generated $2.85 billion in direct economic spending in these US regions combined, including more than 53,000 jobs and $3.1 billion in wages,” the legislators pleaded with Kirsten Hillman, the Canadian ambassador to the United States.

“By closing Canadian ports to passenger vessels for another year, the livelihoods of tens of thousands of Americans and Canadians are at risk for more job losses and further economic devastation,” the lawmakers noted to Ottawa’s top diplomat.

An ongoing diplomatic row is expected.