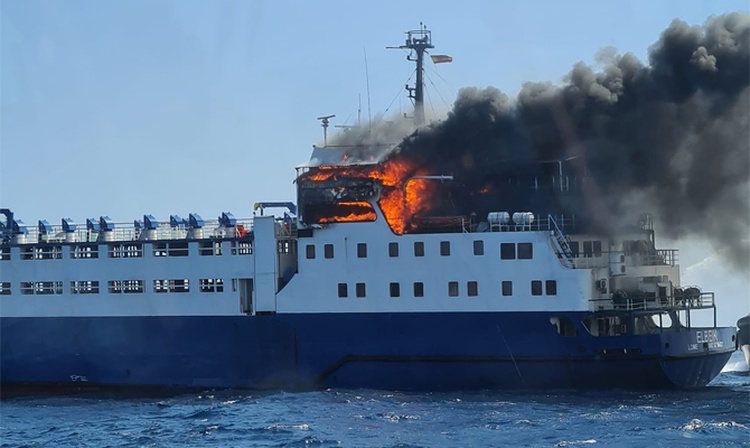 Wan Hai Lines Shells Out Bonuses to its Employees

On Aug 6, a fire broke out on the livestock carrier ELBEIK while it was anchored off Tarragona, Spain, the Balearic Sea.

The fire started in a compartment or cabin on a lower deck and rapidly spread to other parts of the ship.

18 crew members were evacuated and a fire team boarded the ship; fire boats were deployed with water cannons.

No animals were harmed, there were none aboard as the ship was waiting for the cargo of cattle to be loaded.

2021 Reports as Busiest Year Ever for Port of Long Beach

Newbuilds for American Cruise Lines in the Works

Wan Hai Lines Shells Out Bonuses to its Employees